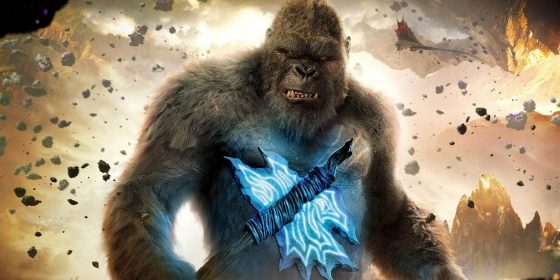 Godzilla vs Kong remained at the top of the box office and continued to have the strongest performance at the box office since the pandemic started in earnest last year.

Godzilla vs Kong took in another $13.8 million, bringing its total to $70 million domestic and over $358 million worldwide.  Despite capacity limits and limited showings, it is also barely off from where Godzilla: King of the Monsters was in its second weekend back in 2019, which was $15.4 million in a time when a global pandemic wasn’t occurring around the world.

Nobody moved back into second place from third last week with $2.6 million.  It has made $15.6 million domestic so far and $28.8 million worldwide.

The Unholy only had a 24% dropoff from last week but it dropped to third with $2.4 million.  It has made $6.7 million domestic for its two weeks out.

Raya and the Last Dragon and Voyagers rounded out the top 5.  Voyagers was brand new this past weekend and, even for the pandemic, was a disappointment with $1.4 million.  The somewhat similar Chaos Walking made around double that amount at the beginning of March.  Voyagers didn’t really have a worldwide opening, so its domestic total is its only total so far.

Godzilla vs Kong took the Per Theater average again this week with $4,501 in each of the 3,084 theaters it was playing in for the weekend.