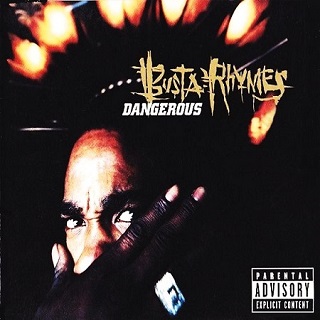 Coming off his second album When Disaster Strikes, Busta Rhymes channeled Lethal Weapon and The Last Dragon for the music video for his song “Dangerous”.  The fifteenth track on the album and the second album released, the song was a big success, hitting #9 on the Billboard Hot 100 and topping the Rap Single and Dance Music sales charts.  The song was also nominated for a Grammy Award but lost to “Gettin Jiggy Wit It”.  For the music video, the legendary Hype Williams directed and the equally legendary Bill Duke co-starred as Busta played both a Martin Riggsesque partner to the straight-laced Duke and also played Sho-Nuff from The Last Dragon for a battle between himself.  Busta’s collaborator Spliff Star appeared in the video as well and took cues from Gary Busey’s Mr. Joshua from Lethal Weapon and was being pursued throughout the video by Busta and Duke.  The song itself also referenced Lethal Weapon, specifically the scene where Riggs is being tortured by electrocution.  You can check out the video below.