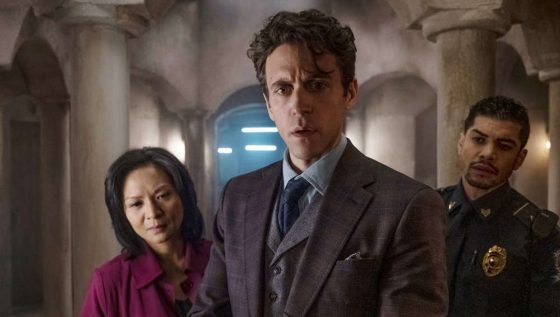 While the Dan Brown film series saw diminishing returns, ending with the barely remembered 2016 adaptation of Brown’s novel Inferno, Robert Langdon is returning on the small screen for a Peacock original series based on Brown’s Langdon novel, The Lost Symbol.  Ashley Zukerman takes over from Tom Hanks as a younger version of the famous symbologist as he becomes involved in a mystery based in Washington DC as his mentor goes missing and the person behind the kidnapping demands Langdon unravel ancient clues around the US capital related to the Freemasons to unlock a secret that Masons have been hiding for hundreds of years.  Sumalee Montano, Rick Gonzalez, Valorie Curry, Eddie Izzard, and Keenan Jolliff co-star with Ron Howard and Brian Grazer, who spearheaded the film series, are executive producing.  Hopefully, this will be a fun adventure and maybe more time to breathe will benefit the show and the source material in a way the movies couldn’t.  It will arrive soon on Peacock and you can check out the trailer below.