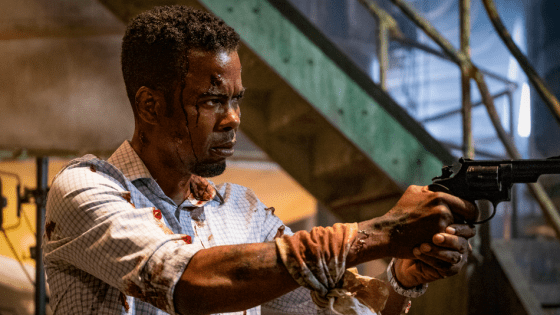 As the box office gears for its first true test of 2021 to see if theaters are close to being back how they were before the pandemic with the upcoming Memorial Day holiday weekend, Spiral took the top spot for the second week in a row.

Spiral took in $4.6 million, down 47% from last weekend, which is actually pretty solid considering most R-rated horror seems to drop around 60-70% from the opening to the second weekend.  It has $15.8 million domestic and $19.2 million worldwide for its two weeks out.

Wrath of Man stayed in second with another $2.9 million, bringing it to $18.8 million for three weeks out domestic and just over $60 million worldwide.  It’s currently sitting between Celluar and Homefront for Jason Statham’s worldwide box office totals.

Those Who Wish Me Dead remained in third with $1.8 million, dropping about 35% from last weekend.  It has $5.5 million domestic and $13 million worldwide

Raya and the Last Dragon and Godzilla vs Kong rounded out the top 5.

The real news however was overseas as F9 opened in markets like China, Hong Kong, and Korea and had a massive opening of $162.4 million, $135 million of that coming from China.  It shattered IMAX opening records in most markets and was the second-highest opening for the franchise in China behind The Fate of the Furious.  F9 won’t open domestically until June 25th.