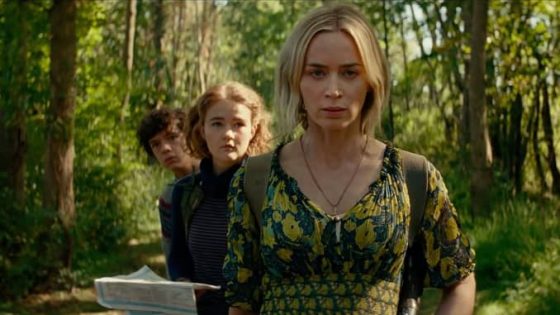 Analysts were expecting good things from the Memorial Day weekend at the box office and A Quiet Place Part 2 delivered with the biggest opening by far since the pandemic began.

A Quiet Place Part 2 brought in $47.4 million for the three-day weekend and an estimated $58 million including today’s holiday.  The original A Quiet Place made just over $50 million its opening weekend back in 2018, so the performance of the second film is on par even with the difficulties still present and it may have been even higher if things were normal.  Part 2’s opening is well above Godzilla vs Kong, which was the previous highest opening since the pandemic began.  The movie has not had any international opening as of yet.

Cruella was in second place with $21.3 million and $26.5 million including the holiday.  The movie was also available via Premier Access on Disney+, and as usual, we don’t have any idea how well it did there.  The movie made another $16.1 million internationally for a worldwide opening of $37.4 million.  The last big 101 Dalmatians release, the 1996 live-action remake, made $33.5 million in its opening weekend.

Spiral dropped to third place with another $2.2 million, bringing it to $19.7 million domestic for three weeks out and $26.8 million worldwide.

Further down the list, Dream Horse moved up a spot from last weekend’s ninth place opening, moving past Those Who Wish Me Dead, which plummeted from third place to ninth place.