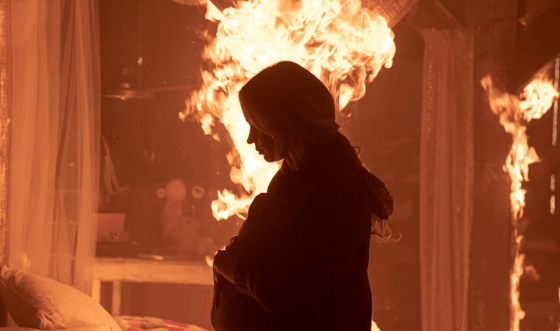 After three weeks out, A Quiet Place Part 2 has taken back the top spot at the box office as In The Heights didn’t make quite the impression Warner Bros hoped it would have.

A Quiet Place Part 2 took in $12 million over the past weekend, putting it over $109 million for three weeks out.  It’s the first film since the pandemic started and things shut down to make over $100 million at the domestic box office.  Godzilla vs Kong is close to topping $100 million but it’s also been out for 11 weeks.  A Quiet Place Part 2 has over $162.4 million worldwide.

In The Heights took second place with $11.5 million.  Estimates were thinking it would make at least $13 million but it underperformed against even those moderate expectations.  It’s not clear how much of a factor HBO Max streaming was in preventing people from heading out to theaters, as WB never really reveals streaming numbers for any of this year’s hybrid releases.  In The Heights didn’t really have any sort of international release over the weekend, so the domestic total is its only real gross so far.  Compared to other Broadway theatrical releases, it’s slightly better than the openings for Rent and Fame but slightly below stuff like Rock of Ages and Jersey Boys and way below Mamma Mia.

The Conjuring: The Devil Made Do It dropped to third place with $10.3 million.  It dropped 57% from last week’s opening when it was #1.  The movie has $44 million so far for its two weeks out domestically and over $112 million worldwide.

Cruella rounded out the top 5 with another $6.7 million and it has over $129.3 million worldwide.