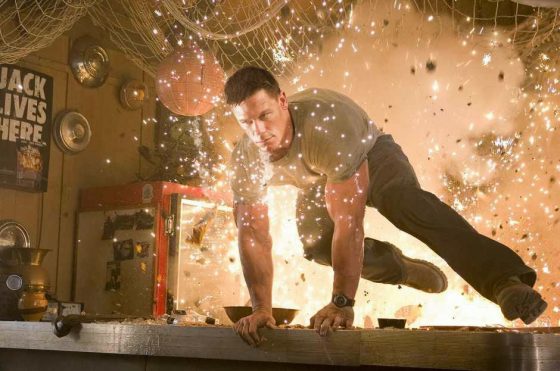 As we get ready for John Cena to take on Dominic Toretto and the Fast Family in this weekend’s F9, we’re throwing back to his debut starring role as Marine John Triton in the wonderfully ridiculous 2006 action movie The Marine.  Despite saving hostages and eliminating terrorists while deployed in Iraq, because he disobeyed direct orders, John Triton is honorably discharged and forced to try and adjust to civilian life.  Luckily, he gets the high-octane action he thrived on when a group of diamond thieves, led by a scenery chomping Robert Patrick, cross his path and kidnap his wife, sending John on a chase through the backwoods and swamps where everything and anything could explode at any second.  There are ridiculous explosions, meta-references, wrestling moves, and a truly ridiculous final battle and it’s definitely still a favorite around Everything Action.  You can check out the whole movie below thanks to YouTube.

The Marine Is Back!