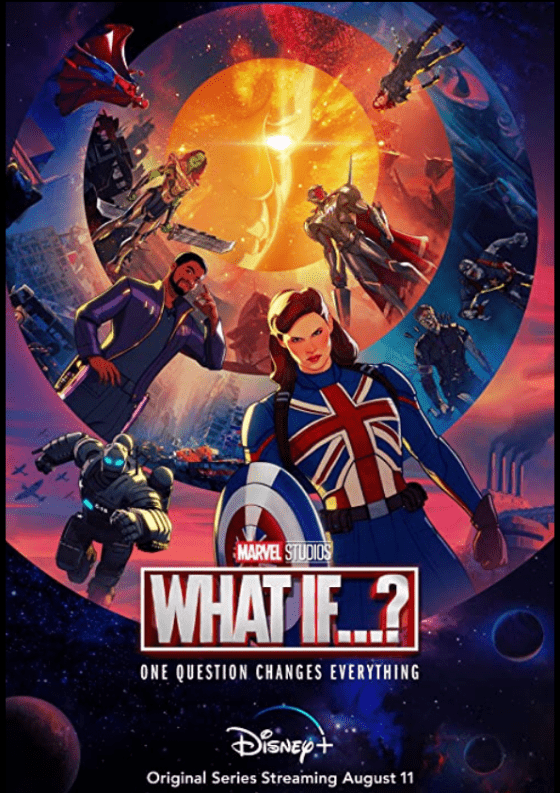 A fan-favorite comic series for decades, What If? explored burning questions fans debated for years and also just threw the characters into wacky one-off scenarios, like What If Wolverine Was The Lord of the Vampires?, What If The Punisher Joined SHIELD? or What If Uncle Ben Hadn’t Been Killed?.  The MCU and Disney+ are getting into the alternate universe fun with the animated anthology series What If? which arrives in August.  Featuring most of the cast of the MCU returning to voice their characters, the new show will show new spins on pivotal MCU moments, like What If Loki Wielded Mjolnir?, What If Peggy Carter Became Captain Carter? or What T’Challa Joined The Guardians of the Galaxy? along with something involving Howard the Duck and Marvel Zombies.  Jeffrey Wright will join the MCU as Uatu The Watcher, a cosmic being who observes the multiverse but is never supposed to interfere.  The show has an interesting, rotoscope-style look that seems like it might take a bit to get used to but the different ideas seem fun and all the Disney+ MCU shows have been fantastic, so there’s no reason to think this won’t be great as well.  It’s out on August 11th with new episodes every Wednesday and you can check out the trailer below.