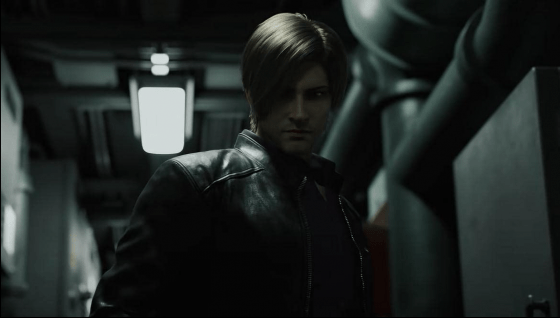 Netflix brought the first Resident Evil TV series to their streaming service this past weekend with Resident Evil: Infinite Darkness but it’s, unfortunately, a mostly disappointing and uninteresting entry into the overall mythology.

Set between Resident Evil 4 and 5, Infinite Darkness follows Leon Kennedy (Nick Apostolides) and Claire Redfield (Stephanie Panisello) as they come from opposite ends of an investigation into a conspiracy involving the country of Penamstan, a military group called the Mad Dogs and an attempt to create and sell bioweapons.  Leon gets called to the White House where a secure server was hacked and joins a team that includes military hero Jason (Ray Chase) and Shenmei (Joan Xiao).  A zombie outbreak occurs in the White House and evidence points to both the attack and the server hacking coming from China, so the agents are covertly dispatched to investigate. Claire, meanwhile, is working for the charity Terrasave in Penamstan and uncovers a conspiracy involving Jason’s former unit, the Mad Dogs, where every member but Jason has killed themselves.  One of the main flaws of Infinite Darkness is the splitting up of Claire and Leon.  Fans want our beloved RE2 duo teaming up but they are separated for almost the entire 4 episode series and both sides of their investigations feel sort of half-assed and bland.  If the entire series had followed them together in Washington DC unraveling this conspiracy and finding the hidden agenda and secret labs like a classic RE story, this would have been a much more fun series.  As is, an entire hour kind of feels like filler as the entire trip to China for Leon feels kind of pointless as the endgame is back in DC and the much-hyped White House outbreak is laughably short and disappointing and Claire isn’t even there to get into the action.  You could have had at least the first two episodes of the series focused on the White House attack with Claire and Leon teaming up again a la Raccoon City and then realizing something else is going on in the city.  The series also feels out of date and out of step with where RE currently is.  It’s been forever since anyone really cared about Resident Evil 5 and 6 and it’s bizarre that Capcom/Netflix would waste this series to add more elements to those lesser entries and not do anything to tie in more to the Ethan storyline of Resident Evil 7 or Village or set it closer to Resident Evil 2 and 3 to capitalize on the excellent remakes.  It feels like it’s a decade late to be relevant to the storyline and it also doesn’t really add anything of note to the mythology besides slight references to Tricell and setting up the selling of BOWs in foreign warzones that fueled the plot of Resident Evil 5.

The animation of Infinite Darkness is pretty high quality and it overall looks great.  There is some weirdness at times with how characters move and the facial animation can be pretty stiff at times, with characters feeling locked into one facial expression.  It is nice to have the RE2 Remake voice actors back but they don’t really have a lot to work within Infinite Darkness aside from a few cheesy, fun one-liners from Leon.  There is some fun action, like the White House attack, however brief, and a sequence on a submarine where Leon has to deal with a swarm of zombie rats but things don’t really feel suitably Resident Evil until the final episode, and by then, it’s almost too little too late.  The series definitely doesn’t have the over-the-top action of the prior animated movies, which leaned into Matrix-style insanity with over-the-top shootouts and fights against giant monsters.  There’s nothing like the knife fight from RE4, for example, and the final battle with the Tyrant/G-Virus style creation is not very interesting or exciting.

If you’re a Resident Evil fan, I can’t see how Infinite Darkness would be anything over than a letdown.  It doesn’t really add anything new or interesting to the mythology and it’s tied to events that are over a decade old and not relevant to anything currently happening in the world of RE.  The animation is solid but there’s just not really anything here, either action or plot, to get excited about.  You’re better off just playing the recent games or rewatching the prior animated movies, like Degeneration, which at least had absurd action to keep things fun and interesting.