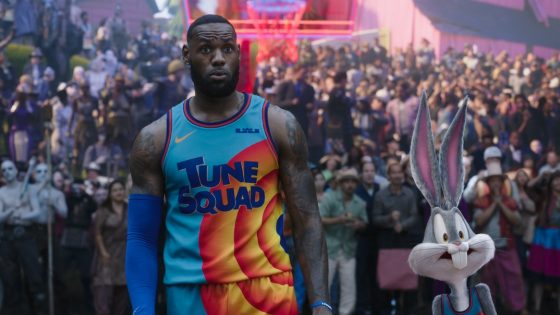 Space Jam: A New Legacy outperformed expectations and took the spot at the box office over the weekend, upsetting the most recent entry in the MCU, Black Widow, in its second weekend.

Space Jam: A New Legacy took in $31.6 million over the weekend, which is well above Warner Bros. expectations of around $20 million.  As it was a hybrid theatrical/HBO Max release, we don’t know how much more the movie would have made if people didn’t have the option to see it at home and since it’s included with subscriptions without an additional fee, there really aren’t any monetary numbers that WB could tout.  According to Samba TV, a marketing research group that seems to be the best source for streaming ratings, Space Jam: A New Legacy was streamed in 2.1 million households over the weekend, so that is possibly around $20 million that might have been added to the theatrical release if all of those viewers who streamed it went to theaters instead.   The original Space Jam opened to $27.5 million back in November 1996 but adjusted for inflation, which would be $57 million in 2021 dollars.  A New Legacy did open to around double what the last major Looney Tunes movie, 2003’s Back in Action, made for its opening weekend.

Black Widow dropped to second place with the steepest second-weekend drop in the history of the MCU.  The movie fell 67% from last week’s opening and made another $25.8 million, bringing it to $131.6 million domestic and $263.6 million worldwide.  While it’s hard to pinpoint an exact reason for the drop-off, theater owners are pointing fingers at Disney+, claiming the option to watch the movie at home is draining money from theaters.

Escape Room: Tournament of Champions took third place with $8.8 million domestic and $13.3 million worldwide thanks to an additional $4.5 million outside the domestic box office.  That is $10 million less than the first movie opened to domestically back in 2019 and the budget for Tournament of Champions was $6 million more.  That only equals $15 million so if it can limp to even $30 million worldwide, it would probably be considered a marginal success.  The original Escape Room was a surprising worldwide hit, eventually making over $155 million.

F9 and The Boss Baby: Family Business rounded out the top 5, with F9 currently grossing $591.7 million worldwide, the third highest-grossing film of 2021 and it’s the second highest-grossing movie domestically of 2021.

Further down the list, the Anthony Bourdain documentary Roadrunner took in $1.9 million in 927 theaters and took 8th place while the latest Nicolas Cage movie, Pig, took tenth place with $970,935 in 552 theaters.