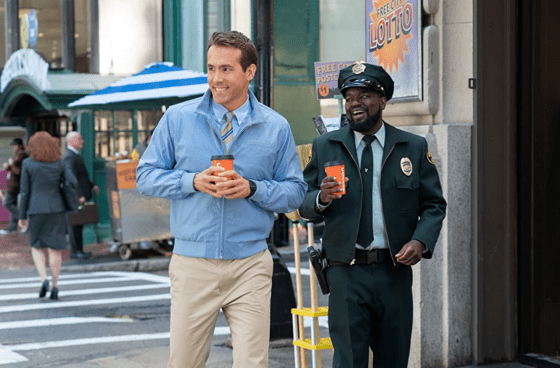 Free Guy made $28.4 million for its opening weekend, which is $12 million above expectations for the weekend, so it’s being heralded as a strong opening despite costing only slightly less than The Suicide Squad with an estimated budget of $100-125 million compared to The Suicide Squad’s $175 million.  Free Guy is also currently only in theaters and there’s no ancillary method of viewing it or generating revenue.  It’s the ninth-best opening for Ryan Reynolds between The Proposal and The Amityville Horror remake.  It’s also double what the other recent Ryan Reynolds release, The Hitman’s Wife’s Bodyguard, made for its opening back in June.

Don’t Breathe 2 opened to second place with $10.6 million.  That’s $16 million less than the first movie made back in 2016 but the first film obviously didn’t have a resurgent pandemic to deal with.  The first movie had a budget of $10 million and Don’t Breathe 2 is believed to have a similar budget, so it could manage to at least break even through its worldwide release.  It has $14 million for a worldwide opening so far.

Jungle Cruise took third place with $9.1 million, bringing it to $154.5 million worldwide so far and it’s currently the 6th highest-grossing film domestically of 2021.

Respect and The Suicide Squad rounded out the top 5.  The Aretha Franklin biopic took in $8.8 million, which unadjusted for inflation, puts it between The Doors and Purple Rain for an opening weekend and obviously far below other recent musical biopics like Rocketman and Bohemian Rhapsody.  The Suicide Squad took a massive dive, falling 70% from last weekend’s opening with $7.5 million, and most people who had ventured out to see it last weekend or potential new viewers seemingly deciding to not head out to theaters and watch it on HBO Max.

The rest of the top 10 was way off from estimates and, with the exception of Free Guy, the box office seems to be struggling from a variety of factors, most prominent being the shifting business models of streaming and On Demand and the resurgence of Covid in many areas of the country that is probably depressing theater business.  It was hoped The Suicide Squad would be strong enough to carry things through August but that is obviously not the case and hopes may now lie on Free Guy to remain strong and keep some business going.