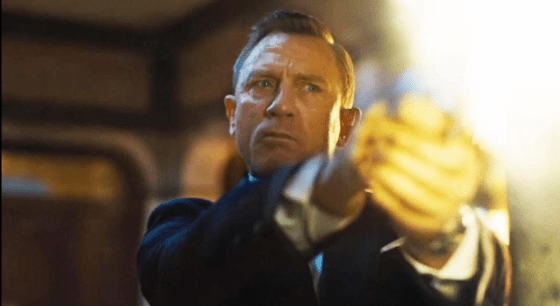 One of the first major films affected by the pandemic, No Time to Die was originally supposed to be out in November 2019 but was pushed multiple times to almost two years past that point, finally arriving in October this year.  The film is the 25th Bond movie in the series and the final performance from Daniel Craig as Bond.  Following the events of the Craig movies so far and five years after Spectre, Bond has left active duty and trying to find peace with Dr. Madeline Swann (Lea Seydoux).  He’s pulled back in action by his old friend Felix Leiter (Jeffrey Wright), who asks Bond to help him locate a missing scientist which leads to a deadly new threat from the villainous Lyutsifer Safin (Rami Malek).  Bond has some backup from returning MI6 allies Ralph Fiennes, Naomie Harris, Rory Kinnear, and Ben Whishaw along with new allies Lashana Lynch, Ana De Armas, and Billy Magnussen.  Christoph Waltz also returns as Blofeld, who has been in MI6 custody.  Danny Boyle was originally going to direct the movie but he dropped out and True Detective and Beasts of No Nation director Cary Joji Fukunaga stepped in.  The movie arrives on October 8th and you can check out both the US and International trailers below.