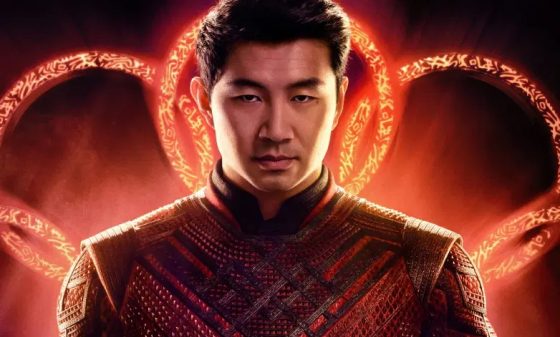 Phase 4 of the MCU has been about introducing new heroes (and villains) to the universe, like Black Widow’s adopted family, John Walker aka US Agent, Sylvie, and the upcoming Eternals.  Simu Liu arrived this past weekend as the martial arts master Shang-Chi in a fun but somewhat standard origin story.

Shang-Chi aka Sean is the son of the powerful warlord Xu Wenwu (Tony Leung), who acquired the mystical Ten Rings and has used them to conquer empires and live for thousands of years.  Trained to be an assassin, Shang-Chi flees from his father and tries to live a normal life in San Fransisco but his father’s men appear and he’s pulled back into the world of the Ten Rings, along with his friend Katy (Awkwafina) and his estranged sister, Xu Xailing (Meng’er Zhang) because his father believes there is a way to get their mother, who died when they Shang-Chi and Xu Xailing were children, back.  There’s quite a lot of backstory, flashbacks, and exposition in Shang-Chi, especially in the second half and it drags down the pacing at times.  The flashbacks and reveals are also some fairly standard themes of family, revenge, and finding your true power so they are not exactly doing anything particularly new or original but it does help that you have great actors like Tony Leung in them.  One of the areas that Shang-Chi definitely sets itself apart from the previous MCU movies is the action.  There have been lots of great action over the years in the MCU but Shang-Chi really delivers on the highly choreographed martial arts that will bring to mind either Jackie Chan, like the awesome first action sequence/fight on a bus, or Crouching Tiger, like most of the back half of the movie, and Simu Liu’s dedication to the training involved helps sell everything and makes the action some of the most exciting and dynamic in the MCU.  It does become huge CG craziness toward the end but the location of the mystical alternate universe of Ta Lo and the creatures and powers involved help to set that style of action apart from the MCU as well.

As mentioned, Simu Liu is a fantastic new Marvel hero and he’s likable and charismatic right from the start.  He’s completely believable in the action sequences and he’s able to blend humor and drama equally well.  Awkwafina is in full Awkwafina mode so if you enjoy her style of comedy, you’ll probably love Katy and if aren’t a fan, you won’t.  I mostly enjoy her comedy so Katy got some big laughs from me at various points throughout the movie.  The great Tony Leung is a more nuanced and subtle MCU villain than a lot of the others we’ve seen and his reasons for doing what he does are understandable and even sympathetic, even if he’s going about it in the worst possible way.  His henchmen Razor Fist and Death Dealer don’t fare as well.  Razor Fist is fine as dumb muscle with a cool gimmick but Death Dealer doesn’t really do much despite having a cool and mysterious look but there’s no big reveal about their identity and they are dispatched in a wacky, jokey manner.  Meng’er Zhang gets a great introduction but kind of gets relegated to the sidelines throughout the second half of the movie.  Michelle Yeoh is great as always and brings the badass grace of Crouching Tiger to the role of Shang-Chi and Xu Xailing’s aunt Ying Nan.  There are also some familiar MCU faces who return and they are all mostly fun and there’s the usual mid-credits setup for the future MCU but it’s not 100% clear how Shang-Chi and the Ten Rings fit into the multiversal madness that we’ve seen on the TV shows and in future movies like Doctor Strange and Spider-Man: No Way Home.

Shang-Chi is a very fun, very solid MCU origin movie with some fantastic action/fight scenes but there may be a bit too much backstory and exposition that bogs things down pacing-wise.  Simu Liu is an excellent new MCU superhero and I’m definitely excited to see how he and the Ten Rings (the actual weapon and the organization) factor into future MCU movies and TV shows.

Action Hero of the Week: Shang-Chi