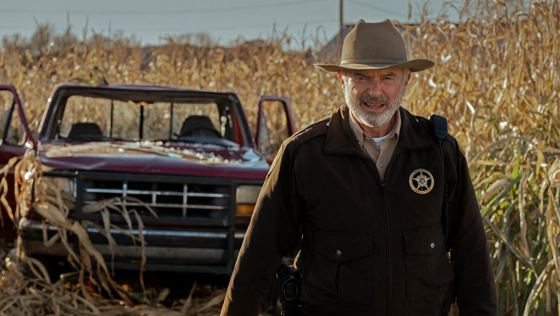 Loosely based on War of the Worlds, Apple TV+ is pitting the world against a lethal alien threat in Invasion.  Starring Sam Neill, Golshifteh Farahani, Shamier Anderson, Billy Barrett, and Shioli Kutsuna, Invasion crisscrosses the globe to follow the stories of different people in different countries and circumstances as an alien invasion begin to wreak havoc on the Earth, destroying cities and infrastructure.  Sam Neill is a small-town sheriff, for instance, and Shioli Kutsuna is a Japanese researcher who believes she might be able to unlock the alien language and communicate with them.  Simon Kinberg is behind the series, which makes us kind of wary as the last few things he’s done, directing Dark Phoenix and producing The New Mutants, were not that great.  Invasion arrives on Apple TV+ on October 22nd and you can check out the trailer below.