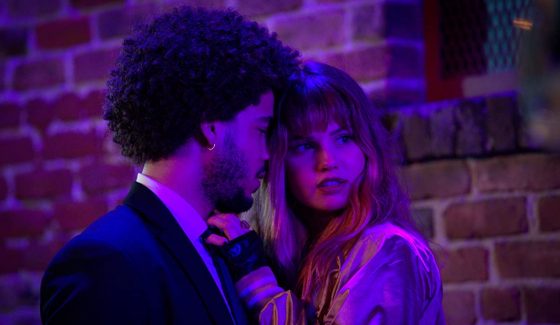 Netflix put a vampire on a plane earlier this year with Blood Red Sky and now they are forcing a driver to take them around Los Angeles for a bloody night out in Night Teeth.  Jorge Lendeborg Jr. plays Benny, who has a job driving around Zoe (Lucy Fry) and Blaire (Debby Ryan) to various clubs and locales around Los Angeles.  Benny soon finds out that the women are vampires but he’s forced to keep driving them or else risk getting himself killed for their next meal.  It definitely has Collateral vibes with maybe some John Wick visual aesthetic on top of it and the presence of Alfie Allen also helps add to the John Wickness.  Sydney Sweeney, Megan Fox, Alexander Ludwig, and Raul Castillo co-star, and the movie is directed by Adam Randall, who previously directed movies like I See You and iBoy.  Night Teeth hits Netflix on October 20th and you can check out the trailer below.

Return to Keyhouse in October with Locke & Key Season 2 (Trailer)