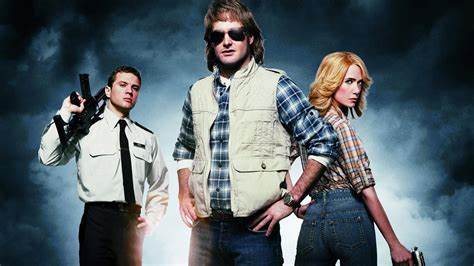 Although it was infamously a flop in theaters when it came out in 2010, MacGruber has since developed a massive cult following and the mulleted, throat-ripping hero is finally back on December 16th for a new Peacock original series.  Rotting in jail for a decade, MacGruber (Will Forte) is pulled back into action when an old enemy, Enos Queeth (Billy Zane) is threatening the world.  Mac reunites with his team Vicki St. Elmo (Kristen Wiig) and Dixon Piper (Ryan Phillippe) to save the world.  Laurence Fishburne, Sam Elliott, and Timothy V. Murphy co-star and Will Forte produced and wrote the series as well with the movie’s director (and Lonely Island member) Jorma Taccone writing, directing, and producing the series.  All eight episodes of the series will drop next week on Peacock and you can check out the trailer below.

Up to Speed: MacGruber Season 1