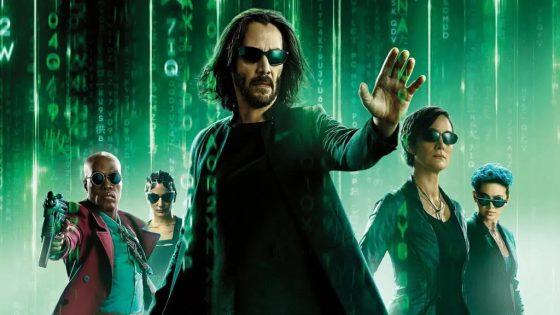 In just over two weeks, we’ll be jacking back into The Matrix for the fourth entry in the franchise, The Matrix Resurrections.  Directed solo by Lana Wachowski, Keanu Reeves returns as Neo, who has been living an existence where he doesn’t remember his role as the savior of humanity or his extraordinary powers.  He soon reunites with his true love Trinity (Carrie Ann Moss) and a younger version of Morpheus (Yahya Abdul Mateen II) and finds that The Matrix has become more dangerous and secure since he thought he brought peace between humanity and the machines by defeating Agent Smith.  Jonathan Groff, as implied in this new trailer, seems to be the new form of Agent Smith with Jada Pinkett Smith returns as much older Niobe and Lambert Wilson returns as The Merovingian.  Daniel Bernhardt, Jessica Henwick, Neil Patrick Harris, Priyanka Chopra Jonas, Christina Ricci and Eréndira Ibarra join the franchise as new characters.  The action looks amazing, especially Neo’s powers powered by the technology available in 2021, and hopefully, it can return to the highs of the first Matrix.  The movie will be in theaters and on HBO Max on December 22nd and you can check out the new trailer below.