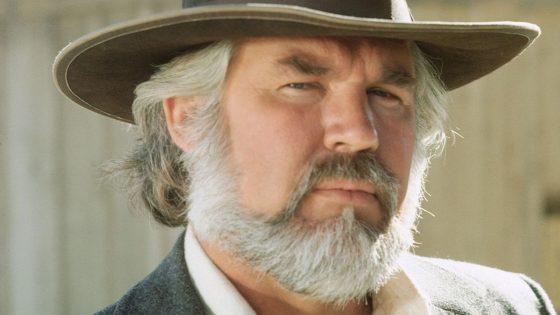 Kenny Rogers’ “The Gambler” is easily the country superstar’s most well-known song and it was so popular, it even inspired a series of films starring Rogers himself.  The song was first written by Don Schlitz in 1976 and was recorded and performed by a number of artists, including Johnny Cash, but none of them had any success.  Kenny Rogers and his producer Larry Butler found and added some new elements to the song, including a guitar intro, and it became a massive country and pop hit in 1978.  The song hit #16 on the Billboard Hot 100 and ended the year at #40 and was certified gold in Denmark and platinum in New Zealand and the UK.  The song spawned an entire series of TV movies, five in total, loosely inspired by the song where Rogers played “The Gambler” and had various adventures across the Wild West.  Rogers also filmed a music video for the song, which you can check out below.