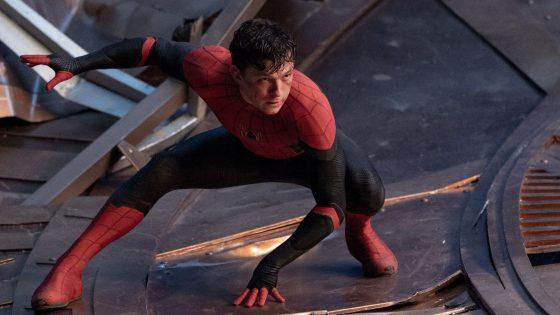 For the last two years, the pandemic has warped the sense of what counts as a massive success at the box office, with Venom: Let There Be Carnage’s $90+ opening earlier this year being the high mark.  Spider-Man: No Way Home has shattered all expectations and returned us to the heady days of Avengers: Endgame with one of the biggest opening weekends of all time.

No Way Home took in a record-shattering $260 million over the weekend, the second-best opening of all time only beaten by Avengers: Endgame. It is the biggest December opening of all time, topping Star Wars: The Force Awakens and The Last Jedi and it also had the 2nd highest opening day of all time and the 2nd biggest single-day gross of all-time among tons of other records. The movie also made another $334.2 million outside of the domestic box office for a worldwide gross of $587.2 million.  It is already the highest-grossing film of 2021 (and 2020) domestically and the 6th highest-grossing film worldwide for 2021.  The movie also got a rare A+ Cinemascore, which means opening day audiences didn’t just have their expectations met, but the movie far exceeded them and it should have incredible word of mouth that will most likely keep it strong throughout the rest of the holiday season and probably into the new year.

Other films besides No Way Home were in theaters over the weekend but obviously greatly eclipsed by the web-slinging juggernaut.  Encanto actually held well against Spider-Man, only dropping 35% from last weekend and taking in another $6.5 million.  It has $81.5 million domestic so far and $175.5 million worldwide.

West Side Story did not fare as well as Encanto, dropping 68% from last weekend’s opening and falling to third place.  That doesn’t seem to indicate it will have long legs and makes it seems like it will be a gigantic bomb for 20th Century Films/Disney.  West Side Story only made another $3.6 million over the weekend and has $17.9 million for a domestic total so far with $27 million worldwide.

Ghostbusters: Afterlife stayed in the top 5 with another $3.4 million, bringing it to $117.2 million domestic and $173.6 million worldwide.  It’s the 10th highest-grossing film domestically for 2021.

Nightmare Alley seems to have severely miscalculated by opening wide directly opposite No Way Home.  The latest from Guillermo Del Toro opened to fifth place with $2.8 million.  Perhaps they thought they were counter-programming with an adult drama but it seems like maybe a limited release might have worked out better.  It’s Del Toro’s worst wide opening of all time as Shape of Water did have a limited opening and it’s around $5 million below where Mimic opened back in 1997.

No Way Home was also the Per Theater average winner with $58,349 in each of the 4,336 theaters it played in over the weekend.