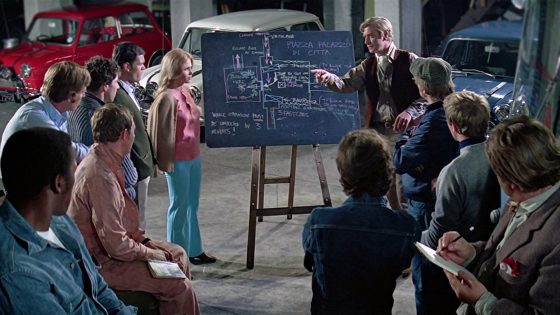 You’re probably familiar with the solid 2003 remake of The Italian Job but if you’ve never seen the 1969 original, do yourself a favor and check it out below in this week’s Everything Action Theater.  Starring the always amazing Michael Caine as thief Charlie Croker, fresh out of prison but already looking for a new score.  He gets plans for a job that could bring in $4 million from the widow of a fellow thief and manages to convince an incarcerated crime boss to finance the operation.  Charlie then recruits an eclectic group (including Benny Hill and Noel Coward) to pull off the heist and they head to Turin to steal a shipment of gold.  The movie is famous for its climactic Mini Cooper chase and its literal cliffhanger of an ending.  The movie has become a cult classic and considered one of the best British films ever made, getting a game from Rockstar along with the remake and nods and parodies on shows like The Simpsons and MacGyver and Michael Caine’s line “You were only supposed to blow the bloody doors off!” has become iconic as well.  You can watch the entire movie below thanks to Youtube.