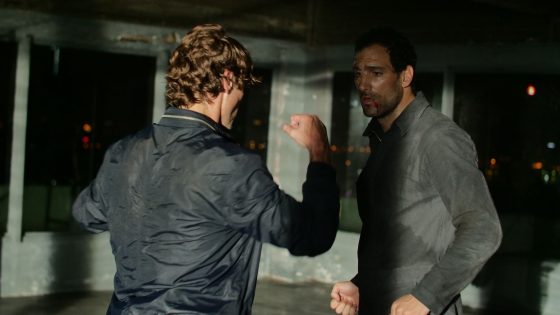 Taking cues from stuff like Universal Soldier and Bloodshot, Marko Zaror and Johnny Strong are unstoppable nanobot-fueled killing machines in Invincible.  Zaror is a soldier named Brock who is critically injured in an ambush on a mission.  He’s given experimental nanobot tech that heals him but also drives him insane and makes him an unstoppable killing machine.  Strong is a security agent named Cam who unsuccessfully tries to stop Brock but is critically injured and given the same nanobot tech in an attempt to create someone who can stop Brock.  Michael Paré and Vladimir Kulich co-star and the movie is directed by Daniel Zirilli, who has a ton of DTV action under his belt.  Marko Zaror is always great and hopefully Invincible will have some solid fights and action when it arrives On Digital, On Demand and DVD on March 8th.  Check out the trailer below.

Michael Pare is Out for Wild West Revenge in Traded