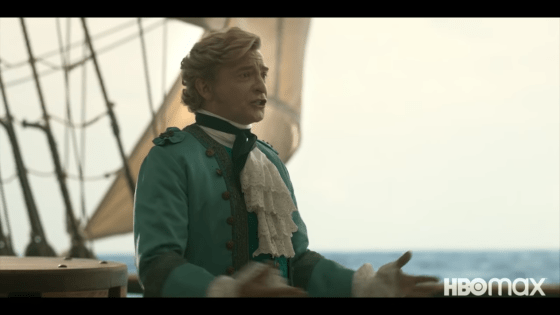 Seemingly looking to put the same spin on pirates that he put on vampires, Our Flag Means Death is a new comedy coming to HBO Max from Taika Waititi.  Rhys Darby stars as Captain Stede Bonnet, a real-life British aristocrat who became a pirate captain.  The show is loosely based on real events but obviously heightened and exaggerated with Taika’s trademark sense of humor.  Fred Armisen, Leslie Jones, Samba Schutte, Nat Faxon, Kristian Nairn, and Taikia himself co-star, and the show looks like a fun take on piracy and it’s great to see Rhys Darby get the comedy spotlight after being such a fantastic supporting actor in movies like Jumanji and the OG What We Do in the Shadows.  The show arrives later this year on HBO Max and you can check out the trailer below.