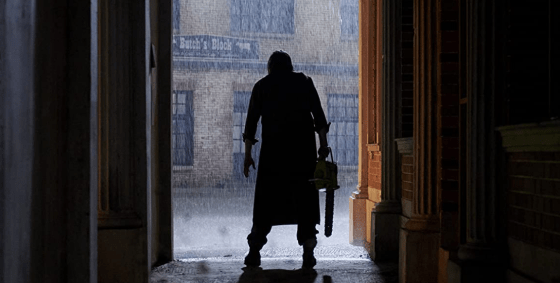 Outside of maybe Halloween, The Texas Chainsaw Massacre franchise has maybe had the most reboots, prequels, and sequels of any horror franchise and Netflix is rebooting things yet again with the new Texas Chainsaw Massacre movie arriving on February 18th.  A direct sequel to the 1974 classic, the movie is set 50 years later as a group of influencers arrives in a remote Texas town to try and rebuild it into something more modern and hip.  Unfortunately, Leatherface has been living nearby in peace but the arrival of so many new faces disturbs him and sets him off on another gasoline-fueled killing spree.  Definitely taking cues from the recent Halloween movies, Olwen Fouéré plays an older Sally Hardesty, the sole survivor of the original massacre who has been plotting her revenge ever since.  Sarah Yarkin, Elsie Fisher, Jacob Latimore, Moe Dunford, and Alice Krige co-star with Mark Burnham taking over as Leatherface.  Evil Dead and Don’t Breathe director Fede Alvarez produced the movie with David Blue Garcia directing.  Check out the trailer below.

Horror Villain of the Week: Leatherface