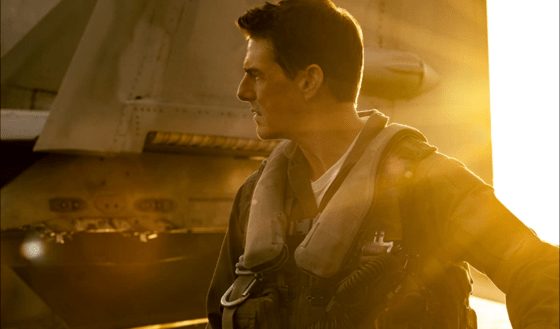 Probably one of the delayed movies of the last couple of years, Top Gun: Maverick was originally supposed to come out on July 12th, 2019 but it will finally hit theaters almost three years later this coming May.  Tom Cruise is back as Pete “Maverick” Mitchell, who is called back to Miramar to train a new group of Top Gun pilots for a specialized combat mission that will push them to their limits.  Among the recruits is Lt. Bradley “Rooster” Bradshaw (Miles Teller), the son of Maverick’s late best friend and co-pilot, Goose. Jennifer Connelly, Jon Hamm, Lewis Pullman, Glen Powell, Ed Harris, Monica Barbaro, and Danny Ramirez co-star with Val Kilmer reprising his role as Tom “Iceman” Kazansky in some capacity.  Cruise reteams with his Oblivion director Joseph Kosinski and it will feature cutting-edge flight sequences that looks like it will put viewers into the cockpit of the fighter jets like never before.  The movie will be out on May 27th and you can check out the new trailer below.

The Danger Zone is Re-Opened For Top Gun: Maverick (Trailer)