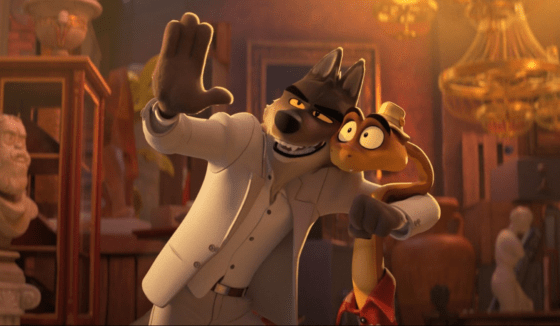 In the final week before the MCU unleashes the Multiverse of Madness, The Bad Guys remained on top for another weekend.

The Bad Guys saw a strong 32% from last week’s opening weekend, taking in another $16.2 million and bringing its domestic total to $44.5 million while it has a worldwide total of $119.7 million.  It should make its way into the domestic top 10 by next week, as it will easily top Death on the Nile and could potentially top Jackass Forever and Dog as well.

Sonic the Hedgehog 2 also remained strong in second place with $11.5 million and only dropped 26% from last week.  It has just over $161 million total so far domestically and over $303 million worldwide and has probably already topped the original Sonic movie, which made $304 million worldwide in 2020.

Secrets of Dumbledore remained in third place with another $8.3 million, bringing it to $79.5 million domestic.  It has made over $331 million worldwide but it needs to make probably at least $400 million to be even considered as breaking even based on its budget, which was at least $200 million not counting advertising and other marketing costs.

Further down the list, Liam Neeson had another weak action opening for Memory, which only made $3.1 million.  That’s below even the weak opening of Blacklight earlier this year and about on par with The Marksman.  It’s a pretty steep drop considering he was consistently opening action movies to around $10 million + just a few years ago.

Gaspar Noe’s newest film, Vortex, took the Per Theater average with $16,803 in the one theater it was playing in over the weekend.