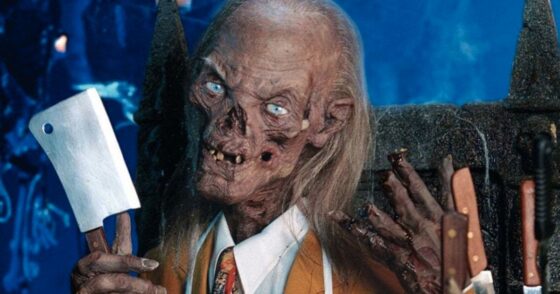 One of the most glaring holes in HBO’s streaming services, even before HBO Max, is the lack of Tales from the Crypt.  One of the biggest shows in HBO’s history, licensing issues prevent the show from officially streaming but YouTube channel CryptTube is doing the Lord’s work and has uploaded many classic episodes of the horror anthology series in 4K.  Debuting in 1989 and running all the way to 1996, Tales from the Crypt became a fan favorite for its over-the-top violence and sex along with making a household name of The Cryptkeeper, the show’s puntastic host voiced by the legendary John Kassir. Prominent directors like Robert Zemeckis, Walter Hill, Richard Donner, Steven E. de Souza, William Freidkin, and Tobe Hooper directed episodes, and actors like Tom Hanks, Arnold Schwarzenegger, and Michael J. Fox starred in and directed episodes as well.  You can watch the show’s first episode “The Man Who Was Death”, which was directed by Walter Hill and stars William Sadler as a former court executioner who gets fired and starts exacting vigilante justice.  After that, be sure to head over to CryptTube and check out some more episodes.

Musical Montage: The Cryptkeeper “Have Yourself a Scary Little Christmas”

Everything Action Theater: Secrets of the Cryptkeeper’s Haunted House
crypttube everything action theater HBO horror anthology john kassier tales from the crypt the cryptkeeper the man who was death walter hill william sadler