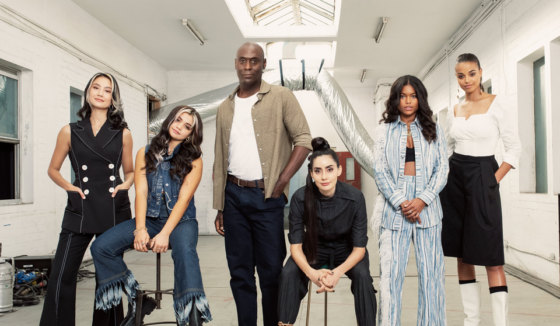 After delivering the, in our opinion, mediocre animated series Resident Evil: Infinite Darkness, Netflix is using their rights to the RE franchise for a new live-action series in July with the simply titled Resident Evil.  Lance Reddick stars as Albert Wesker, who moves his two girls Jade and Billie, to the seemingly idyllic New Raccoon City in 2022.  There’s still apparently some shady research going on with Umbrella and by 2036, the world is a post-apocalyptic zombie nightmare.  Ella Balinska, Paola Nunez, Siena Agudong, Tamara Smart and Adeline Rudolph co-star.  This series is obviously veering way off from the established continuity and there doesn’t seem to be any hint of other characters in the franchise showing up and not a lot to really establish the REness of it, besides a quick shot of a zombie dog and the hint of some sort of creature stalking around in the dark.  Welcome to Raccoon City was a mess but at least it was trying to be faithful to the games.  We’ll see on July 14th if carving its own path works or if it should have veered more toward established storylines and you can check out the trailer below.