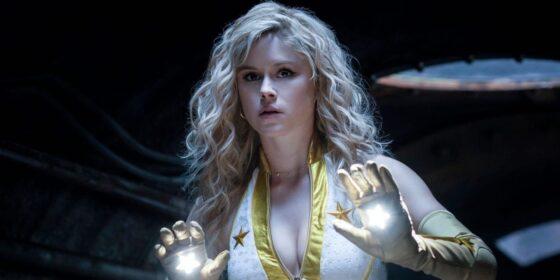 The Boys is back on Prime Video this coming Friday and we’ll hopefully get more stuff in Season 3 like the over-the-top anthem “Never Truly Vanish”.  A tribute to Translucent, who was killed by Hughie, Butcher, and Frenchie in Season 1 of The Boys, Starlight aka Annie January (Erin Moriarty) was forced by Vought International to perform the pop anthem celebrating the life of the invisible superhero, who in actuality was a giant scumbag like most of the other members of the Seven.  Moriarty did her own singing for the song and it was written by the show’s composer, Christopher Lennertz, who the show’s co-creator Eric Kripke tasked to craft an absurd version of an Adele/Whitney Houston/Celine Dion power ballad.  The song was nominated for an Emmy award and a full music video was released by Prime Video, which you can check out below.

The Boys Are Back for More Supes Mayhem in June (Trailer)