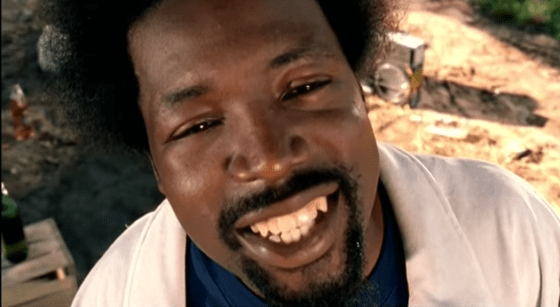 In 2001, it only made sense for some of cinema’s most beloved drug dealers, Jay and Silent Bob, to be a part of arguably the greatest drug song of all time, Afroman’s “Because I Got High”.  The song was the theme song for 2001’s Jay and Silent Bob Strike Back, which came out a month or so after the song was released in July 2001.  The song was the title track for Afroman’s 2001 album and it didn’t really gain much traction until it attracted the attention of the internet and Howard Stern, who featured it on his show.  The song eventually topped out at #13 on the Billboard Hot 100 and went Platinum.  The music video for the song was directed by Michael Alperowitz, who also directed music videos for The Bloodhound Gang and Steel Panther, and featured Kevin Smith and Jason Mewes as Jay and Silent Bob along with a cameo from the Quick Stop.  Check it out below.