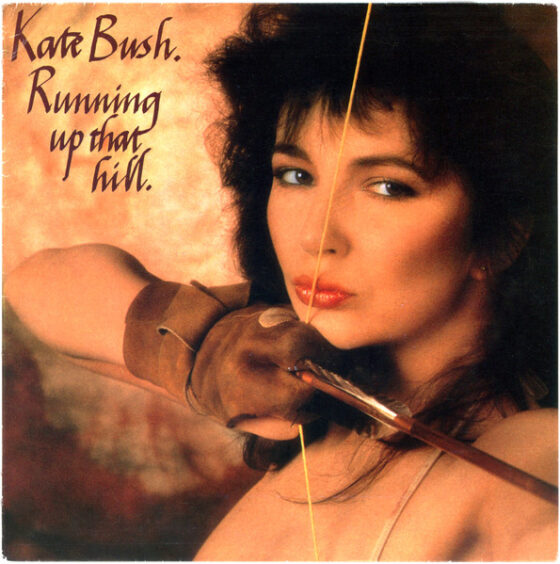 First released in 1985 from her album Hounds of Love, Kate Bush’s “Running Up That Hill (A Deal with God)” was her first Top 40 hit in the US, reaching #30 and #3 on her home chart in the UK.  Since it’s obviously been such a huge part of Stranger Things 4 Vol 1 (and presumably this Friday’s Vol 2.), the song has seen a massive resurgence, coming back on both the UK Singles chart at #1 and reaching #8 on the Billboard Hot 100, along with being one of the most streamed songs on Spotify and other music services.  Bush has rarely licensed out the use of her songs but Strangers Things co-creators The Duffer Brothers found out that Bush was already a fan of the show when they approached her about using “Running Up That Hill” and she appreciated how it was going to be used in the fourth season.  The show has definitely run with the song since getting it approved, using it multiple times and even remixing it into the show’s orchestral score for the pivotal scene in Episode 4 and for the Vol. 2 trailer.  You can check out the original music video that was filmed to go along with the original release of “Running Up That Hill” in 1985, which featured Bush doing an interpretive dance with dancer Michael Hervieu.