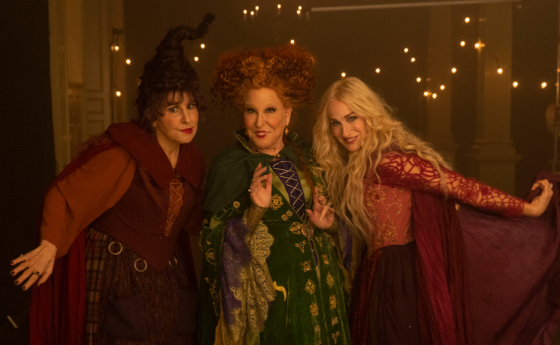 At the time of its release, the original Hocus Pocus was considered a box office flop but in the years since it has become one of the most beloved Disney movies and a staple of Halloween. 29 years after they first returned to terrorize Salem, The Sanderson Sisters are back for the long-awaited Hocus Pocus 2, hitting Disney+ in September.  Kathy Najimy, Bette Midler, and Sarah Jessica Parker are back as the witchy sisters, who are resurrected when the Black Candle is lit again by a trio of high-school girls, and are looking for revenge.  Whitney Peak, Lilia Buckingham, Belissa Escobedo, Tony Hale, Sam Richardson, and Doug Jones, reprising his role as Billy Butcherson from the first movie, co-star and the movie is directed by Anne Fletcher, who previously directed Step Up, Hot Pursuit, 27 Dresses, and The Proposal.  Hocus Pocus 2 will be available on September 30th and you can check out the trailer below.

The Workaholics Go Die Hard in Game Over, Man! (Trailer)

Del Toro is Back with The Shape of Water (Trailer)