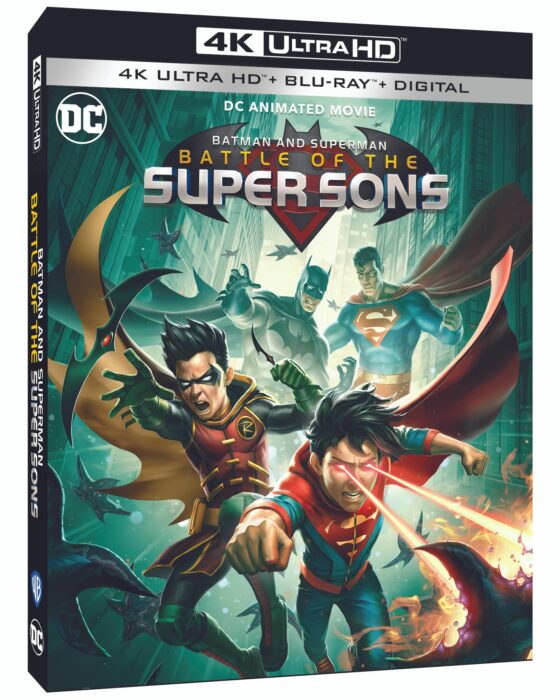 Coming in October, Damian Wayne and Jonathan Kent take the spotlight in the DC Animated movie Batman & Superman: Battle of the Super Sons.  When Jonathan (Jack Dylan Glazer) discovers he has powers like his father, Superman (Travis Willingham) introduces him to the world of superheroes, including meeting Batman (Troy Baker) and Damian Wayne (Jack Griff0).  When Starro arrives and begins to take over everyone on Earth, including the Justice League, Damian and Jonathan are the only ones left to stop him.  Laura Bailey, Nolan North, Darin De Paul, and Tom Kenny co-star with Matt Peters, who directed Justice League Dark: Apokolips War, directing.  The movie looks to have a unique sort of CG/traditional animation hybrid look that doesn’t look that appealing in the trailer but maybe it will play better in the full movie.  The movie is out on 4K, Blu-Ray, and Digital on October 18th and you can check out the trailer below.