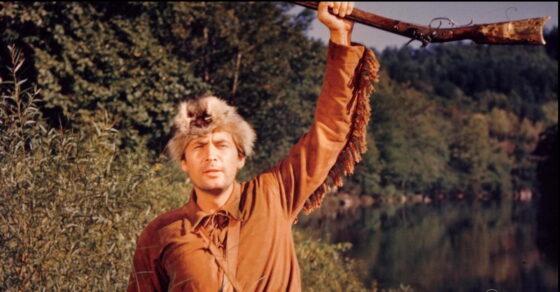 Originally performed in 1954 by Davy Crockett star Fess Parker on the premiere episode of the Disneyland TV series, “The Ballad of Davy Crockett” exploded the following year alongside the beloved and popular Davy Crockett mini-series, with the version of the song by Bill Hayes hitting #1 on the Billboard charts.  The Disneyland series was an anthology series that aired from 1954 to 1958, mostly as a way to finance the construction of the titular park in California.  The show would update viewers on the progress of the park as well as feature stories and segments based on the lands in the park.  Davy Crockett was obviously from Frontierland and the show had a five-episode miniseries that was eventually edited into two feature-length films.  “The Ballad of Davy Crockett” was heard frequently throughout and was written by Disney composer George Bruns, who also worked on movies like The Jungle Book, Robin Hood, The Aristocats, and 101 Dalmatians.  After hearing the song on the Disneyland show, Archie Bleyer, the head of Cadence Records, approached Bill Hayes to perform a version, which he accepted and nailed in one take.  Davy Crockett star Fess Parker and country star Tenessee Ernie Ford also performed versions in 1955 and they did very well also, with Parker’s version hitting #6 on the Billboard charts and Ford’s reaching #4.  The song, TV series, and Disney’s marketing push created a Davy Crockett craze in 1955, with kids wearing coonskin caps and running around with toy rifles, which was referenced later in the 1980s in Back to the Future.  The craze was so big it even reached Europe and places like the UK and France, who had never really heard of Crockett until Disney’s push.  You can check out all three versions of the song below.