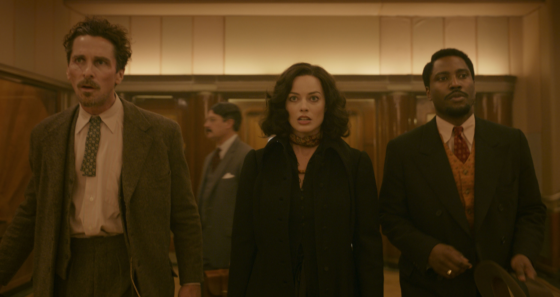 Controversial (at least behind the scenes) director David O. Russell is back with the star-packed murder mystery/comedy Amsterdam, his first movie since 2015’s Joy.  Christian Bale, Margot Robbie and John David Washington play three friends who meet during World War I.  After the war in the 1930s, the trio are the prime suspects in a murder and have to try and convince the police of their innocence while running into a murder’s row of characters played by the likes of Rami Malek, Robert DeNiro, Zoe Saldana, Timothy Olyphant, Anya Taylor-Joy, Taylor Swift, Chris Rock, Michael Shannon, Mike Myers and more.  The movie is also apparently at least partially inspired by true events and Russell wrote the movie along with directing.  The movie arrives on November 4th this year and you can check out the trailer below.

Margot Robbie is Up to No Good in Terminal (Trailer)