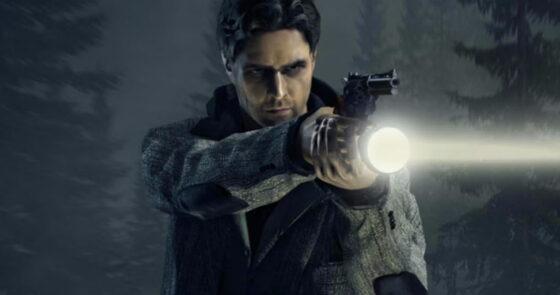 Going back to Max Payne 2: The Fall of Max Payne, Finnish rock band Poets of the Fall have been involved in the games created by Remedy, most notably Alan Wake and Control.  Formed in 2003, the group consists of Marko Saaresto, Olli Tukiainen, Markus “Captain” Kaarlonen, Jani Snellman, Jaska Mäkinen, and Jari Salminen.  Saaresto is friends with Remedy Creative Director Sam Lake, who first approached the band to turn a poem he had written into a song for Max Payne 2.  The song became “Late Goodbye” and played over the game’s end credits.  The band’s involvement grew in future Remedy games as they had their own songs and created new songs that were featured in Alan Wake but also became the in-universe metal band Old Gods of Asgard.  In Control, Old Gods of Asgard’s song “Take Control” becomes a key plot point as it is the key to traveling through a specific area of The Oldest House late in the game.  One of the songs featured on the Alan Wake soundtrack, “War”, got a full-on Alan Wake-inspired music video, with the band becoming some of the “Taken”, the enemies possessed by “The Dark Presence”. At the same time, Finnish actor Ilkka Villi, who was the in-game model for Alan Wake, plays Alan in live-action.  Check it out below.

Musical Montage: Huey Lewis and the News “Doing It All for My Baby”

Musical Montage: Salt-N-Pepa “Start Me Up”