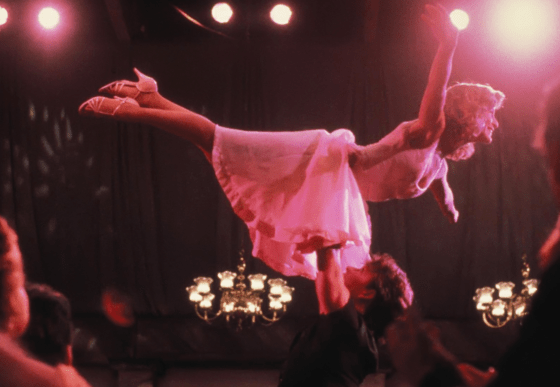 80s classic Dirty Dancing had its 35th anniversary this past weekend and that means it’s also the 35th anniversary of the movie’s soundtrack, which has become one of the most iconic and successful soundtracks in movie history.  During filming and rehearsals, the music that was used came from writer Eleanor Bergstein’s personal record collection but there were concerns about licensing the actual music, as the movie only had a $4.5 million budget.  Music supervisor Jimmy Ienner, who previously worked on albums with John Lennon and Three Dog Night, managed to get the licenses for all the music the movie requested, including songs like “Be My Baby” by The Ronnettes, “Some Kind of Wonderful” by The Drifters and “Love is Strange” by Mickey & Sylvia.  The movie also featured original music, including Patrick Swayze’s “She’s Like the Wind” and the show-stopping finale song, “(I’ve Had) The Time of My Life” by Bill Medley and Jennifer Warnes.  “(I’ve Had) The Time of My Life” was nominated for and won the Academy Award for Best Original Song along with a Golden Globe and Grammy award.  The soundtrack album exploded and went Platinum 14 times, selling over 32 million copies and it spent 18 weeks at #1 on the Billboard 200 Album Sales chart and subsequent releases added more and more of the songs from the movie until 2003’s Ultimate Dirty Dancing, which featured every song from the movie in the order in which they appeared.  Check out some of the songs Dirty Dancing below.

Musical Montage: Pitbull “Back in Time”