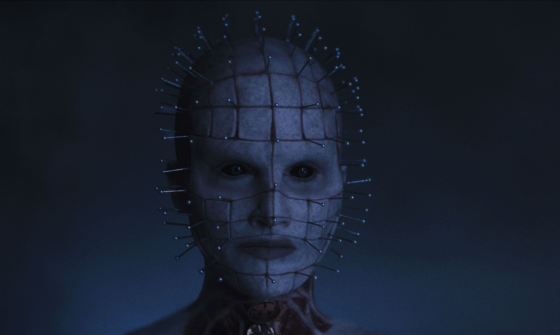 After the original franchise descended into the absolute depths of straight-to-DVD trash, Hellraiser is getting a fresh start on Hulu with a reboot coming in October.  Jamie Clayton stars as the new Pinhead, who arrives with her fellow Cenobites when an ancient puzzle box is solved, taking whoever solved the box into a dimension where the limits of physical experience are explored.  Odessa A’zion plays Riley, a young woman struggling with addiction who becomes the latest possessor of the puzzle box, and Adam Faison, Drew Starkey, Brandon Flynn, Goran Visnjic, Aoife Hinds, and Jason Liles co-star.  David Bruckner, who directed the critically well-received horror movies The Ritual and The Night House, directed the movie while David S. Goyer, Ben Collins, and Luke Piotrowski wrote the screenplay, which will adhere more closely to the original novella, The Hellbound Heart, than the original 80s classic.  Hellraiser hits Hulu on October 7th and you can check out the trailer below.

A Killer Meme Haunts Hulu in October with Grimcutty (Trailer)