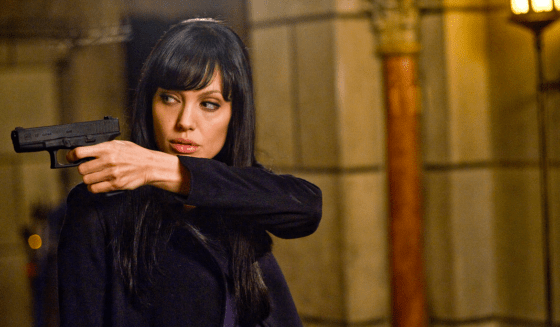 Arguably the swan song for Angelina Jolie’s role as the preeminent female action star in Hollywood, 2010’s Salt was a cool, twisty action thriller from director Phillip Noyce. Jolie plays Evelyn Salt, a CIA operative who is accused of being a Russian sleeper agent and is forced to go on the run.  Liev Schreiber plays Ted Winter, Salt’s CIA colleague who leads the hunt to capture her, and Andre Braugher, Chiwetel Ejiofor, Daniel Olbrychski, Tika Sumpter, and Olek Krupa co-star.  The movie was written by Kurt Wimmer and it was originally envisioned as a Tom Cruise movie but Cruise thought it was too close to Ethan Hunt and made Knight and Day instead.  Brian Helgeland was brought in and helped rewrite the movie after Jolie was cast in the lead role.  The movie opened up against Inception on July 23rd, 2010, and finished second to Christopher Nolan’s brain-melting action thriller but it eventually made over $293 million worldwide.  You can check out the Extended Edtion of Salt below thanks to YouTube.