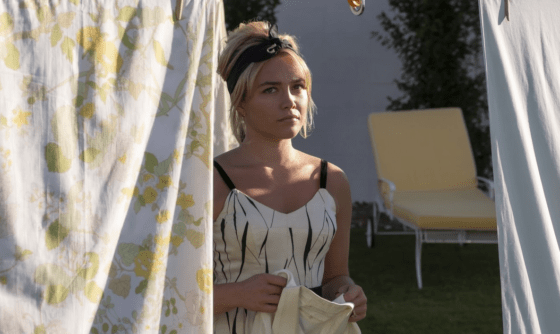 After lots of behind-the-scenes controversy and drama, Don’t Worry Darling opened in first place this past weekend.

Don’t Worry Darling took in $19.3 million over the weekend and has a worldwide gross of just over $30 million.  It’s the second best opening ever for Florence Pugh behind Black Widow and it’s over triple what Olivia Wilde’s last directorial effort, Booksmart, made in its opening weekend (although Don’t Worry Darling was in double the number of theaters with a higher profile cast).  The movie got a B- Cinemascore, so we’ll have to see what the drop-off is this coming weekend.  Reviews between critics and regular moviegoers on Rotten Tomatoes show a massive gap, with critics collectively at 38% while the audience is at 79%.

The Woman King dropped 42% from last week’s opening and took in another $11 million, bringing it to $36.1 million domestic and $37.4 million worldwide.

Avatar returned to theaters and took third place with $10.5 million.  When it first opened back in 2009, it took in $77 million and, obviously, went on to become the biggest movie of all time with $2.8+ billion worldwide.  Internationally, Avatar opened in 50 markets and took in $20.5 million.

Pearl also had a strong hold in 6th place, only dropping 39% in its second weekend with another $1.9 million, bringing it to $6.6 million domestic.  Barbarian, See How They Run and Pearl all also added additional theaters this past weekend.

Avatar took the Per Theater average with $5,661 in each of the 1,860 theaters it played in over the weekend.