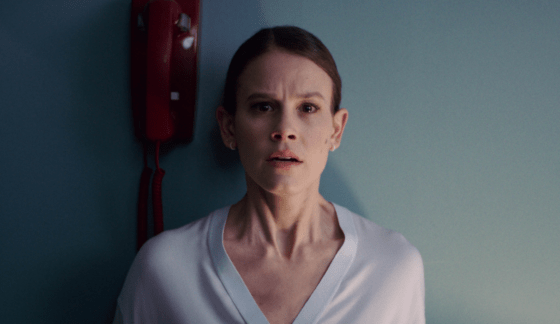 Smile took the top spot at the box office as we get into the spookiness of October while Bros flopped, opening in a disappointing fifth place.

Smile took in $22.6 million over the weekend, which is one of the best horror openings of the year and just behind The Black Phone’s $23.6 million back in June.  Smile took in another $14.4 million internationally for a worldwide total so far of $37 million.

The Woman King remained in second place with another $6.85 million.  It has over $46 million domestically so far and just over $50 million worldwide.

Don’t Worry Darling had a pretty steep dropoff in its second weekend, dropping 65% with another $6.84 millon, which did put it barely below The Woman King at third place.  It seems like the movie might have been frontloaded by curious theater goers wanting to see how the behind scenes drama affected the actual movie but now that word of mouth and reviews are out there, the curiosity has died off.  We’ll have to see if it keeps dropping sharply over the next few weeks.

The Avatar re-release took 4th place with $5 million, dropping 52% from last weekend.  This puts Avatar’s total domestic gross (including its original release) at $779.4 million and its global gross at $2.9 billion.

Bros opened in a disappointing 5th place and $4.8 million.  Some predictions were putting it at around $10 million for an opening and it’s actual opening is obviously significantly lower.  It’s the lowest opening ever for director Nicholas Stoller and one of the lowest openings for Judd Apatow as a director.  It seems like mainstream audiences are maybe not ready for such a strongly LGBTQ comedy, even one with such strong reviews and word of mouth, as it got an A Cinemascore, but also most moviegoers are watching comedies like this at home on services like Hulu, Netflix or HBO Max, which is maybe where it should have went instead of theaters..

Further down the list, Indian movie Ponniyin Selvan: Part One took sixth place with $4.1 million in 500 theaters and The Good House, which stars Sigourney Weaver and Kevin Kline, opened outside the top 10 at #13 with just $797,309.