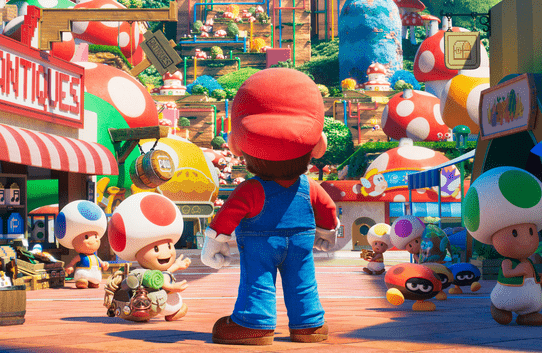 In what will be 30 years since the last attempt to bring Super Mario to the big screen, The Super Mario Bros. Movie arrives in April next year.  Featuring Chris Pratt as Mario and Charlie Day as Luigi, the Bros. have to travel to the Mushroom Kingdom and battle Bowser (Jack Black) to rescue Princess Peach (Anya Taylor-Joy).  Seth Rogen, Keegan-Michael Key, Fred Armisen, Kevin Michael Richardson, Sebastian Maniscalco, and OG Mario voice Charles Martinet co-star.  The movie is co-directed by Aaron Horvath and Michael Jelenic, who previously worked on Teen Titans GO! and that show’s movie and the animation is from the home of Minions, Illumination.  The trailer is a bit strange in that the majority of it is a single scene of Bowser attacking a kingdom of penguins before a quick scene of what seems like Mario’s arrival into the Mushroom Kingdom.  Chris Pratt’s Mario voice is not the crazy Italian stereotype I think a lot of people were expecting but it’s also not really all that different from his normal voice but Jack Black seems like he’s going to be a great Bowser.  The movie arrives on April 7th and you can check out the trailer below.