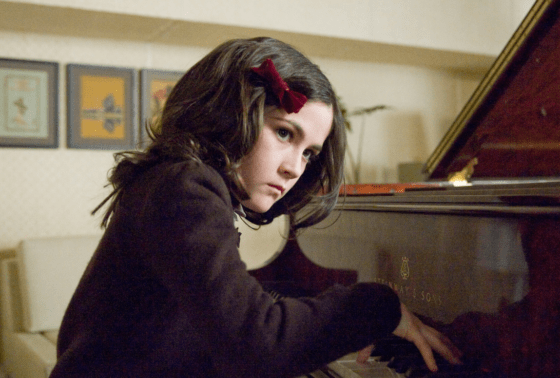 Origins: Leena Klammer was born with a hypopituitary disorder that keeps her looking like a 9-year-old girl.  She posed multiple times as a young girl to get adopted by families and then trying to seduce the husband and kill the wife of the family and killing everyone if that failed.  She killed the entire Sullivan family, which landed her in the Saarne Institute, where she was wild and violent.  She managed to escape by seducing a guard and killing a nurse and posed as the lost daughter of the wealthy American Albright family, Esther Albright.  After an attempted blackmailing and a cover-up involving the murder of the real Esther Albright, the Albrights were all killed and Esther got into a new adoption agency, where she ended up with the Coleman family.

Powers: No supernatural powers but highly intelligent and manipulative.  Significantly strong for her size and has great stealth and sneaking prowess.