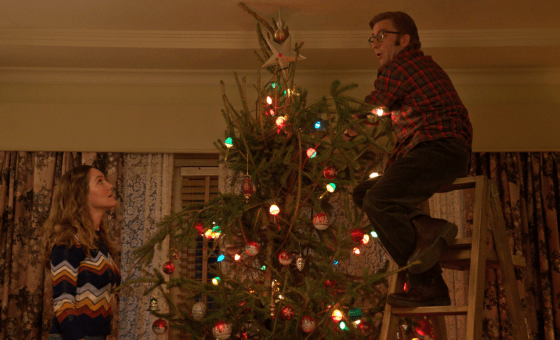 There have been a number of sequels to the beloved Christmas classic, A Christmas Story, none of them particularly good.  HBO Max is probably hoping to reverse that trend by bringing back original star Peter Billingsley for A Christmas Story Christmas.  The new movie finds an adult Ralphie returning to his childhood home with his wife Sandy (Erinn Hayes) and their two kids to spend Christmas with Mrs. Parker (Julie Hagerty).  Ralphie reunites with his old friends Flick and Schwartz (played by returning actors Scott Schwartz and RD Robb) and his younger brother Randy (played by returning actor Ian Petrella) and faces his old bully Scut Farkus (a returning Zack Ward).  There seem to be lots of similar holiday shenanigans to the original movie, like a visit to Santa at Higbee’s, and a new leg lamp is probably guaranteed to make an appearance.  Clay Kaytis, who directed The Christmas Chronicles for Netflix, is directing the movie.  A Christmas Story Christmas is out on November 17th and you can check out the trailer below.

Jamie Dornan Has Amnesia in the Outback in The Tourist (Trailer)