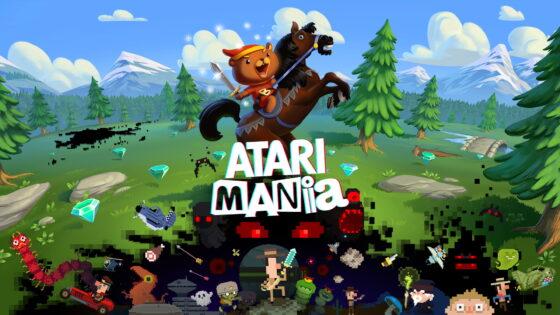 Developed by Illogika, Atari Mania casts you as the Caretaker, who oversees the games and characters of Atari’s past at the Atari Vault.  The world is very Wreck-it-Ralph as the characters from the games can come out and interact with the Caretaker and are basically actors who “perform” when the games are played.  While going through his normal routine, the Caretaker finds an ominous pit of dead pixels and it starts sucking in characters and games from around the vault.  The Caretaker follows to investigate and finds a group of monstrous pixel monsters trying to corrupt and take control of the games.  You have to complete a series of micro-games and then take on the main boss monster of each area and then proceed deeper into the vault to try and stop the dead pixels for good.  Each section of micro-games sucks in three different classic Atari titles and the gameplay from each one is remixed into the others.  So you may be playing as the bug zapper from Millipede but you’re blowing up the asteroids for Asteroids.  The games all have a new art style, so it’s not the original Atari graphics, which might be a bit disappointing for some old-school fans.  The new graphics are fine and capture the spirit of the original games and the feel of the games is there, so the Asteroids ship has the same momentum, and the gunslingers from Outlaw move and aim the same way.  There’s a great variety to the game featured, with the heavy hitters you would expect mixed in with some deep cuts you may have never even heard of, let alone played, like Wizard or Dark Chambers.  You have a limited number of chances to make it to the end of each micro-game section, with you losing a life each time you fail a challenge. Lose all your lives and you have to restart the section again.  There’s a variety of games in each section but if you fail two or three times, you will start to see the same ones pop up, which is good because you will know exactly what the challenge wants you to do but it may lack variety for some players who only want to see new microgames. The game does build on the previous games for future microgame sections, so you’ll see aspects of previous games featured alongside the three new games that get sucked in. When you get to the boss, that challenge is usually some extra big level where everything from the three games comes into play in a fun and interesting way. 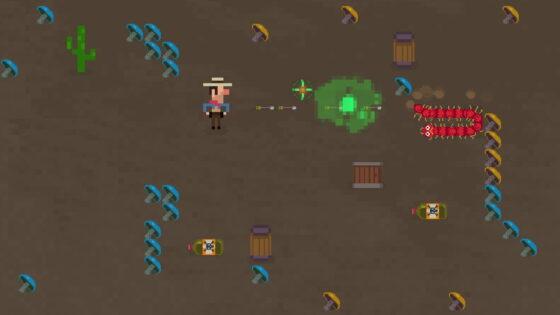 One surprising aspect of Atari Mania I did not expect going in was the adventure game aspects.  As you progress, the caretaker gets an inventory of tools and items and you will need to solve puzzles in the Vault outside the micro-game sections to progress and unlock hidden collectibles.  You’ll get items like a magnet or a grappling hook that you’ll use to move blocks and cross chasms.  It’s definitely more in-depth than you would expect from a WarioWare-style game and there are some Metroidvania aspects to it as well as you’ll get an item on a later floor of the Vault but you’ll remember there was something you couldn’t do earlier that you can now.  The story is also much more than you might expect with cameos from lots of classic Atari characters and Bentley Bear from Crystal Castles being a major presence.  There are lots of collectibles to find, including the game cover art, manuals and posters, and lots of easter eggs for Atari fans to discover.  After you beat a micro-game section, you can also find arcade cabinets on that floor and you can play a version of that section’s micro-games just for fun.  The soundtrack is great with some fun chiptunes that capture the vibe of the retro games featured.  Most of the games didn’t have soundtracks because it was literally not possible, so there’s not any concern about the new music not matching the originals, as in most cases there isn’t any original.  In classic WarioWare fashion, as you progress through the micro-game sections, the music ramps up as the boss taunts you to go faster, adding to the tension and franticness of the gameplay.

Atari Mania is a fun new way to experience some classic Atari games and the remixes of the microgames are clever and interesting and it’s worth playing just to see what new mashup you are going to get thrown into next. Add on the story and adventure game aspects and there’s a lot more here than just a simple WarioWare clone.  If you’re a fan of Atari games, Atari Mania is definitely worth checking out and is a great way to celebrate 50 years of Atari gaming.  The game is out now on Switch, PC, and the Atari VCS.