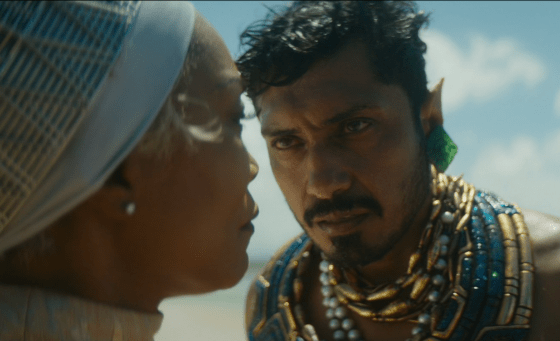 Black Panther: Wakanda Forever remained at the top of the box office charts for its second weekend in the lull before some bigger competition arrives this coming holiday weekend.

The Menu performed the best of the weekend’s smaller-scale new releases, taking 2nd place with $9 million.  The movie has $15 million worldwide so far.

The Chosen Season 3: Episodes 1 & 2, a special Fathom event for the faith-based project.  It took in $8.7 million, which is around double what the previous The Chosen special event, Christmas with The Chosen: The Messengers, made back in 2021.

She Said did not have a great opening weekend, debuting to sixth place with just $2.2 million.  It’s the 33rd worst opening of all time for a movie playing in over 2,000 theaters, sitting around movies like Bandslam and All Dogs Go to Heaven 2.  She Said was expected to be an awards contender but it probably isn’t going to set the box office on fire.  It did get an A Cinemascore, so the few people who saw it in theaters had a good opinion of it.

Further down the list Drishyam 2, another import from India, took 9th place with just over $1 million.

The Per Theater average went to Bones and All, the new movie for Luca Guadagnino starring Timothee Chalamet.  The movie took in $23,983 in the 5 theaters it was playing in over the weekend.