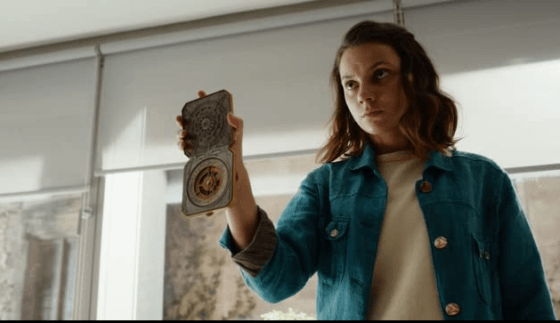 His Dark Materials returns for its third and final season on Sunday (12/5) to close out the epic sci-fi/fantasy story of multiple dimensions and the war that will decide the fate of them all.  Dafne Keene stars as Lyra Belacqua aka Silvertongue, who comes into possession of an alethiometer, a compass-like device that lets her determine the truth of any question she asks it.  Lyra is also the subject of a prophecy of the Magisterium, the ruthless religious organization that rules Lyra’s world, which declares that Lyra is destined to change the world, which puts a target on her back.  Her parents are the ambitious and ruthless Mrs. Coulter (Ruth Wilson), who rose in the ranks of the Magisterium thanks to her research into the powerful substance known as Dust, and Lord Asriel (James McAvoy), who has spent his life trying to find a way to travel to other dimensions to build an army to wage war against the Magisterium and The Authority, a god-like being linked to Dust and the multiverse.  Lyra is also joined by Will Parry (Amir Wilson), a boy from our universe who becomes the bearer of The Subtle Knife, a weapon that can cut between the fabric of dimensions.  There are also animal companions called daemons that accompany everyone in Lyra’s world, angels, witches, armored polar bears and so much more going on.  The entire show is worth checking out but if you’re looking for a brief recap/refresher, HBO has put out an official video with the cast going over some key plot points from Seasons 1 and 2 to get ready for Season 3.  Check it out below.

The Final Battle of His Dark Materials Begins in December (Trailer)