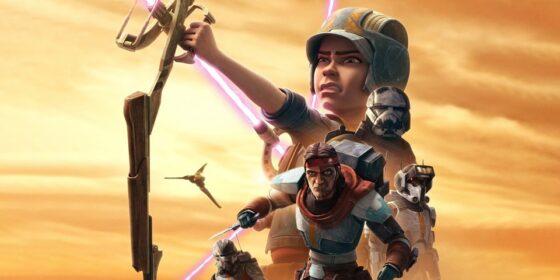 Everyone’s favorite group of genetically modified clone troopers are back in January for season 2 of The Bad Batch.  Still trying to survive in the post-Clone Wars era now ruled over by the Empire, Hunter, Wrecker, Tech, Echo and Omega continue to take odd jobs and run afoul of their former teammate, Crosshairs, who succumbed to the Order 66 programming and joined the ranks of the Empire.  Dee Bradley Baker returns to voice 90% of the characters on the show with Michelle Ang back as Omega and characters like Captain Rex, Commander Cody, Palpatine, and the Batch’s job broker, Cid (voiced by Rhea Perlman) are featured as well.  The animation quality looks like it continues to be top-notch as well.  The Bad Batch Season 2 premiers on January 4th on Disney+ and you can check out the trailer below.