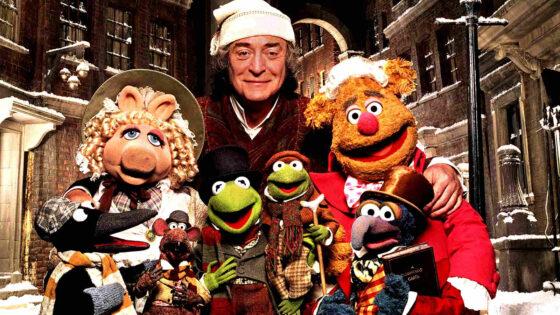 The Muppet Christmas Carol celebrated its 30th anniversary this past weekend, but one of its songs was only available widely again fairly recently.  “When Love is Gone” is performed during the Ghost of Christmas Past segment by Meredith Braun, who plays Scrooge’s (Michael Caine) former fiancée Belle, as she realizes that Scrooge now loves money more than her.  Jeffrey Katzenberg cut the scene and the song from the movie’s theatrical version, moving it to the end credits as he believed it would not appeal to children.  Brian Henson objected to the decision, as the movie’s finale song, “When Love is Found”, is a direct counterpart to the earlier song.  The song was restored on the VHS and Laserdisc releases of the movie and in the full-screen version of some DVD versions, but not the widescreen version on the same disc.  Disney+ currently has the full version of the movie, with “When Love is Gone” restored, under the “Extras” section The Muppet Christmas Carol.  In classic 90s fashion, there was a Pop version of the song produced as well, with country star Martina McBride performing it.  The entire soundtrack peaked at #189 on the Billboard Hot 200 album chart.  You can listen to the Martina McBride version and the Meredith Braun versions below.

Where to watch The Muppet Christmas Carol