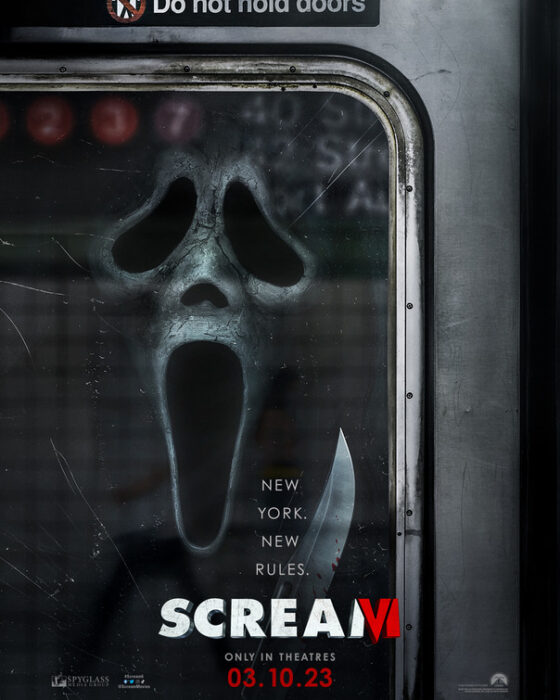 Following up this year’s Scream, Scream VI sends the franchise away from Woodsboro and to New York City in March next year, where the survivors of the fifth film find themselves up against a new Ghostface killer (or killers?).  Melissa Barrera, Jenna Ortega, Jasmin Savoy Brown, and Mason Gooding all reprise their roles from 2022’s Scream with Courtney Cox back as Gale Weathers and Hayden Panettiere returning to the series from Scream 4 as Kirby Reed.  Dermot Mulroney, Henry Czerny, Samara Weaving, Josh Segarra, and Tony Revelori are joining the cast and the directing team of Radio Silence is back to direct.  This year’s Scream was extremely solid and hopefully, a new setting and some new characters will keep this venerable slasher franchise feeling fresh and fun.  Scream VI is out on March 10th next year and you can check out the teaser trailer below.

Perry Mason is Back on the Case in March (Trailer)

Ghostface Returns in 2022 for Scream (Trailer)