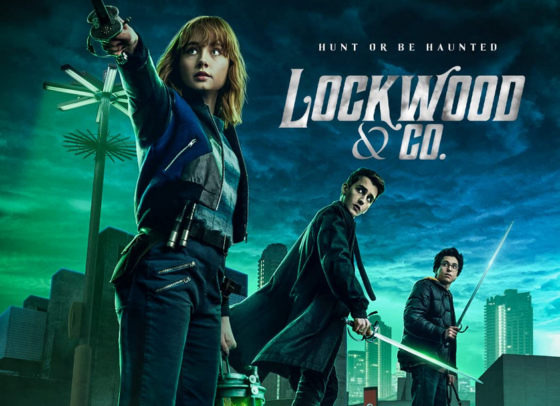 Based on the books by Jonathan Stroud, a trio of London teens battles deadly ghosts in the upcoming Netflix series Lockwood & Co.  Coming from Joe Cornish, who previously brought us Attack the Block and The Kid Who Would Be King, Lockwood & Co. stars Ruby Stokes, Cameron Chapman, and Ali Hadji-Heshmati as the members of the titular ghost fighting agency.  In the world of Lockwood & Co, ghosts are prevalent and deadly, with one touch instantly killing a living being, and Lockwood & Co. have to compete with big, corporate-run ghost fighting agencies.  The show seems fun with sword fighting against ghosts and the whole world-building of the ghosts and the agencies that are fighting them.  The first season of Lockwood & Co. is going to be 8 episodes and starts on January 27th on Netflix, check out the trailer below.

Nicolas Winding Refn is Back on Netflix with Copenhagen Cowboy (Trailer)